Pretty much sums up the last year. Life lessons, right? 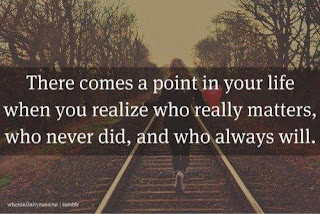 It’s funny how just a day away can leave me so much more relaxed, refreshed and ready for the week. Getaways are highly underrated. 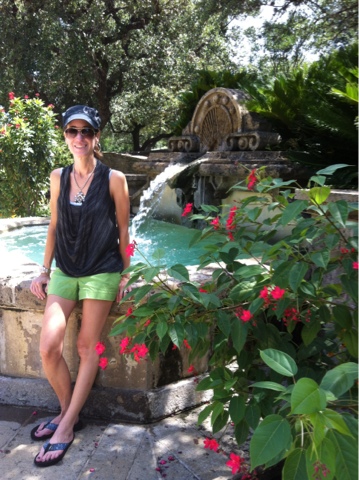 But have you ever thought about the little words? To me the smallest phrases have the most meaning.

Ok, so I’m seriously dating myself here. If you’ve ever made, or received, a mix tape you’re probably in my age group. These are a relic of the past. Today it’s all about playlists. I don’t even think people burn CDs anymore.

Maybe it’s because I’m still a musician at heart, but I’ve always associated people, places and events with certain songs or pieces of music. The right song on the radio can transport me back to the memory of where I was, what I was doing and what was important in life during that time.

In cleaning out my desk stuff, I came across a couple of mix tapes. One was made for me by a dear friend. Band Camp songs 1988. Wow. Funny how just reading the song titles she had so carefully written on the cassette label brought back all the memories and angst of my summer at 16.

The other was a copy of a tape I made for a special person on an anniversary. I remember slaving for weeks over that thing- constantly listening to the radio so I could tape a certain song when it came on, borrowing other tapes from friends and scouting out the cassette singles at Radio Shack to find the perfect mix of songs. Then the hours spent copying and dubbing each one onto a master tape. Lots and lots of work.

My kids won’t ever get this. In this world of iTunes, playlists and apps, any son is instantly available. To me it takes some of the fun out of it. Remember calling in a request to a radio station and waiting expectantly for them to play it? Such a big deal back in the day.

Is anyone else like this? Do you associate music with people places and things? Or is it just running constantly in the background? Stop, take a moment and just listen. You might be surprised.

Ok. I finally broke down. Broke down and got The Book. The Book that every woman in my age group is supposedly swooning over. My opinion? Meh. The writing is awful. Mrs. Brown taught me to write a better story in high school. At least Nora Roberts can create a good plot. His hair is tousled and copper-colored. We get it. Don’t need reminders every time he shows up. The guy can’t comb his hair – got it. She bites her lip a lot. Got it. If there were a drinking game for those two sentences alone it would be bad news. Character development? None. Can’t get past that, thanks to Babs, my other HS English teacher. Ironic, considering that Babs made everything written about sex. Juicy bits? Ok, they’re juicy- but not enough to make me ignore the horrible writing.. Just sayin’… And, yes, I got this on my Kindle. There’s no way I wanted anyone knowing what I was reading. The guys at the office would make my life hell- deservedly so. Won’t be reading the sequel. That’s just my two cents.

Some people are blessed with good memories. I’d like to think of myself as one of those people. But I ain’t got nothing on my spouse. His memory is not only good, it’s freakishly detailed, calendar-oriented, and scarily accurate. Don’t argue with him about what happened in June of 1985. He will win. Every time. I’ve seen it at family gatherings – his mom or dad will mention some memory of when he and his brother were little and it starts. Bro-in-law throws out a date, spouse counters, and it’s on. It’s on like Donkey Kong – and keeps going until my spouse has not only refuted all other opinions, but thrown out five, six or ten pieces of supporting evidence that also occurred in the vicinity of said event on the timeline.

He’s probably some kind of memory-date-savant. Cause for the really important dates he can also give you the time of the event, give or take fifteen minutes or so.

Not so with me. My memory is more photographic, and centered around important events. I can remember my kids’ birthdays, elementary school teachers, anniversary, stuff like that. But my memory is more relative, as in, I can do the math and figure out what year Empire Strikes Back premiered – but don’t have instant recall.

This post is going nowhere. Stick with me, it’s Sunday night and I am slowly meandering to a point. It goes back to my student planners I found in my desk box the other day. And for the one or two of you who will read this, maybe you can help me out.

Memory is subjective, right? Back in high school I had a couple of English teachers who made us learn about all of these different ‘isms’ in literature. Existentialism, transcendentalism, nihilism, etc. etc. I couldn’t tell you what any of them are right now (but I could Google it) – but I remember learning about one philosophy that still freaks me out. The basis being that there is, in fact, no reality. What is real to each one of us is just a figment of our imagination. Very Matrix-like. The point being that no one really knows what happens and that an objective view of any situation is impossible. What I see and experience is totally different from you. Ten points to anyone who can name this philosophy – it’s been bugging me for years.

Back to memory. So in reading through the mundane to-do lists from my life as a music major, there were a few important events scattered here and there. But I wonder – does anyone else remember them? It’s funny how something can seem so life-changing to one person but be completely overlooked by another. Huh. I guess it’s all about subjectivity. I give value to that which I deem important, and forget about the rest. It’s just kind of weird to think that the major stuff has been forgotten. And that moment in a conversation when you ask ‘Do you remember last year, when…?’ and mention something that was really fun/important/memorable. And the response is ‘Not really.’ Awkward. Wonder if everyone has those moments, or it’s just me. I guess it’s my self-centeredness that assumes that other people place the same value on memory as I do.

Has anyone else ever thought about this stuff? What if you were the only one that had memories of certain times in your life?

I must be on a roll – this is my second post today. Hopefully I’ll keep it short, since it’s been a long day and I’m tired. But I have to get this off my chest. It’s been bugging me for a really long time.

I am Anti-Pinterest and Proud.

There. I said it. Me, the one with conformist tendencies. I am rebelling. I refuse to get involved.

When I first heard about it, I was intrigued. Lots of crafty ideas in one handy place. Coolness! And then it hit my workplace worse than the parachute pants fad of 1984. Worse than Silly Bands. I mean it.

Where’s the creativity in pretty much just copying something that someone else has done? There isn’t any. It really hit home at Christmastime, when I saw at least twenty Elves on the Shelf doing exactly the same cutesy little things every day on Facebook. Mommies proudly tagged Pinterest as their source.

Our elf is boring. He moves from the fireplace to the fridge to the hallway and back. He’s a creature of habit. Period.

I felt guilty and substandard in my parenting and decorating skills for about five minutes. And then, with all of November’s greatness (insert much sarcasm here) I got over it. Where’s the great skill in simply copying others? Nope. I’ve always been a nonconformist with my decorating ideas, and I’m proud of that. Matching? Not in my house. In fact, my house is the one place where I have deliberately done the opposite of what the decorators say, just because it’s my house, darn it!

I don’t need some cutesy, handmade calendar to tell me who goes where on what time and day. We have our own color-coded system on a white board that has worked just fine for ten years. I have an eggplant-colored dining room with a red rug. It looks great and it was our own idea. Design and craftiness should come from internal inspiration, not someone else’s pin board.

I’ll step down from my soapbox now. I’m looking at new colors for the walls – from actual paint chips, thank you very much. And I’ll probably -gasp- pick two from completely unrelated swatches and color families. Just because I can.

Deadlifts for a Dingbat

My Personal Journey to Fitness, or Maybe the Hospital

Live simply, travel lightly, love passionately & don't forget to breathe
Being honest is the only way

Learning to live in choas and belssings

You Know You're Over 40 When...
The Librarian Who Doesn't Say Shhh!

Adventures in looking and living well

musings of a citified chick

The latest news on WordPress.com and the WordPress community.